The 3 Day Atelier – Atelier A

Joan Cererols (400 anniversary) and other baroque pearls with Josep Cabré (FR-Catalonia)
Lead by one of best specialists on Iberian ancient music, participants will enjoy a twenty minutes modular program for mixed voices with one central work in Latin by Joan Cererols and other motets and villancicos in Latin and Spanish. The participants who chose this option will rehearse 3 hours every morning on this program and perform it during a concert on Sunday afternoon/evening.

Josep Vila i Casañas (ES-Catalonia), one of the most recognised choral conductors and composers in Catalonia and Spain, will offer to the participants the opportunity to discover music connected with the most popular places to visit in Mallorca. The participants can choose to attend one to three discover-sing sessions. The three session will take place during the mornings for about 2 hours each. The connected touristic highlights can be visited during the afternoon.

Chopin in Valldemosa – Atelier D 1 :
Newly commissioned choral arrangement of one of the most famous works by Chopin

Sibil·la Song in Palma’s Cathedral – Atelier D 2 :
Sibil·la song (Masterpiece of the Oral and Intangible Heritage of Humanity by UNESCO) and one work from Cathedral archive

Open Singing:
During the festival all the participants will have the oportunity to share, also with the local audience, some sessions of Open Singing lead by Josep Vila i Casañas based on National and International easy to learn choral songs.

Josep Cabré, baritone, studied with Christopher Schmidt and Kurt Widmer at the Schola Cantorum of the Musik Akademie in Basel, Switzerland. He also worked with Jordi Albareda in Barcelona, his home town, and with Lise Arseguet in Paris.

For many years he was the core member of the most prestigious ensembles specialized in early music (Hesperion XX, Huelgas Ensemble, La Chapelle Royale, Ensemble Organum, Ensemble Gilles Binchois, Sequentia…) singing repertoires ranging from the Middle Ages to the Baroque. He is also collaborating with the Daedalus ensemble (Geneva) and the organist Jean Charles Ablitzer.

Josep Cabré is the founder of the vocal quartet La Colombina, with whom he has been performing worldwide and has made many records. He is often invited to teach specialised courses in various institutions (universities in Mexico and Spain, Flanders Festival, Centre International les Chemins du Baroque…). He teaches at Musikene, the Music Academy of the Basque Country, in San Sebastian, and at the Conservatory in Perpignan.

He founded the Companyia Musical, ensemble specialized in the performance of Renaissance and Baroque music, exploring less known musical heritage of plainchant and polyphony. He was the artistic director of the Capilla Peñaflorida (San Sebastián) until 2009 and then the artistic director and conductor of the Coral de Cámara de Pamplona (2009-2012). His intensive work on Hispanic repertoires of the Renaissance and Baroque has resulted in numerous international performances and recordings with both ensembles.

He is one of the most recognised choral conductors in Catalonia and Spain. His repertoire covers the a cappella choral music of all ages as well as the vocal-orchestral works from the baroque period until today. He has been the main conductor of many choirs like the Orfeó Català and the Cor de Cambra del Palau de la Música in Barcelona, the Spanish Radio Choir and Cor Lieder Càmera, founded by himself on 1990.

As a chorus master, he has collaborated with the best conductors from over the world. Among them Daniel Barenboim, Daniele Gatti, Simon Rattle, Gustavo Dudamel, Marc Minkowski, Jean-Christophe Spinosi, Lorin Maazel, Helmuth Rilling and Franz Brüggen.

He is the author of a large catalogue of pieces for choirs both a cappella and with varied instrumental accompaniment. Some of his more recent and successful compositions are the motet Salve Regina, the cantata for orchestra, four soloists and choir Veni Creator Spiritus -first performed on May 2016 at the Palau de la Música in Barcelona- and the Missa Sanctus-Benedictus for double chorus a cappella.

Since 2005 he is professor on choral conducting at the Music High School of Catalonia. 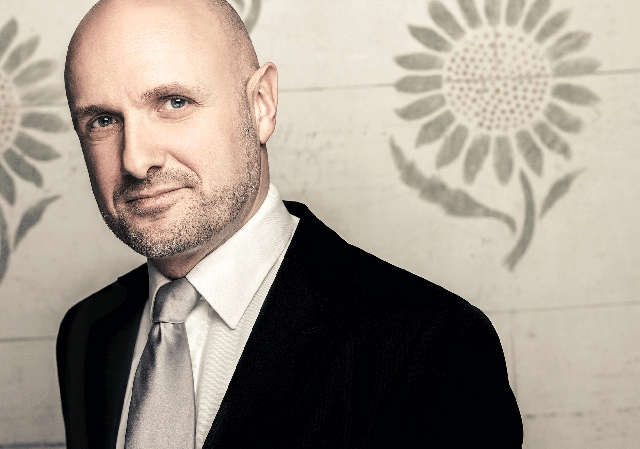